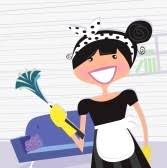 I haven't been doing much writing in the past few months, because I went back to work. Not doing anything in my field, but it is necessary to take whatever possible to keep the household running. I think I forgot how difficult it was to keep the house clean, cook and take care of the family all while holding down a job. I work the odd ball shift of 6:30 p.m. to 2:30 a.m., which makes it even more difficult. I am sleeping during the day and awake while everyone else is sleeping. My days off are spent cleaning and running errands. So, I have very little time to myself to spend on writing and much of anything else.
Posted by Concerned American Citizen at 6:29 AM 3 comments: Links to this post


Well, the world didn't come to an end, because in the year 2013 I am sitting here writing about surviving the end of the world. There is nothing wrong with being prepared. I wasn't one of them on the day the world was supposed to come to an end.

I have put some deep thought into the correlation of the world coming to an end and our current society. You have to ask yourself, "What has become of the United States?" from time to time. What has our society become?

As I look back, I think about how our generations that was children of the 70's and 80's took life in stride. We graduated high school, went to college, got a job, got married, bought a house and started a family. Life strolled on the financial path with a few bumps in the road without too much struggle. Our generation could quit a job one day and find a better job in a week. Life isn't like that anymore. Today if you lose your job, it may years before you find another one. You worry about what you will lose along the way.

There are several reasons we are in this situation today. For example, our government did not make the right decisions concerning overseas trade and allowed the American people to be outsourced. Forcing millions of people out of work while our jobs are sent over to overseas countries. China's middle class is rising while the middle class of America is falling into the trenches.

Technology is replacing people. We love our technology, but we don't think about how many jobs the technology has replaced. It was a time coming, but our government did not prepare us for the time that technology would replace people. Maybe the government will understand when the question if asked in terms they may understand. What do we do with all the surplus people the policies we pass will put out of work?

Crime is at an all time high, neighborhoods are abandoned and filled with homes that have been either vandalized with graffiti and have become rest havens for criminals to do their dirty work in or they have been burned down and are a danger to the neighborhood children. Maybe your neighborhood doesn't look that today, but there are plenty that do.

Millions of families who have lost everything they own and can barely afford to feed their children or worry about if they will be able to keep the heat on in their house during the winter months.

The quality of our children's education has fallen as schools lay off teachers and schools are shut down.

No, the world hasn't come to an end just yet. Some day our children's children will be reading about how our life was during this recession. Just as we read about the Great Depression. This is a recession that will make the history books. But, I am curious why they are still calling it a recession. I think we have passed a recession a long time ago.

My theory which has nothing to do with the Mayan Calendar, is that we are going to experience a new way of life. The wheels started turning long before December 21, 2012. It all began when millions of Americans lost their jobs, their homes, cars and struggle to survive. We are entering into a new way of life, a new way of life that is going to be much harder. The cost of living has risen while the American household income has gone down. It is becoming a society where America's Middle Class is disappearing.

So, if you are reading this in the year 3012, this is what our life was like in the year 2012. People were more worried about if they were going to be able to give their children a Christmas dinner or put presents under the tree or maybe just worrying about where they would sleep or if they could even feed their child that day.

Posted by Concerned American Citizen at 11:41 PM No comments: Links to this post